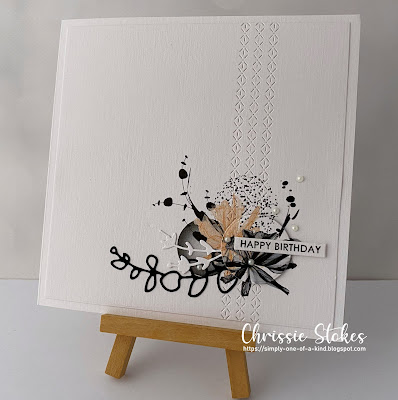 I recently discovered a site for digital images, which I wanted for the occasional background for some of my cards. It's called theHungryjpeg. I began this card with one such image. I printed two and used one for the front panel and another to die-cut a circle to superimpose over the image, so adding a third circle to the existing two in the design. Another couple of die cut foliage sprigs, a few pearls and an die-embossed stripe down the panel, together with the sentiment completed the card!
Addicted to CAS - Circles 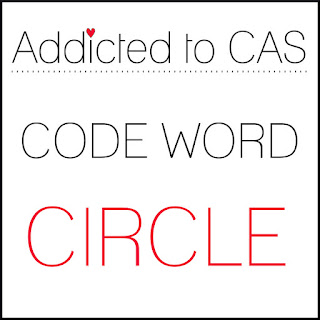