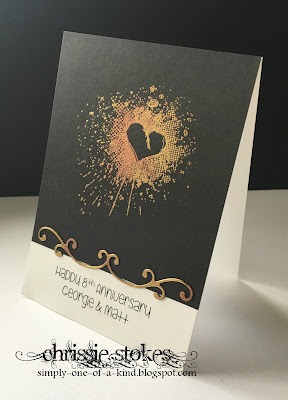 The challenge at CAS on Sunday is to use a die cut!
Using dies is one of my favourite techniques... but then so is heat embossing... so here is a card which combines both.
I looked online to discover that the 8th Anniversary can considered to be the Bronze anniversary, so I used a combination of metallic embossing powders for the heart stamp from Indigo Blu (I think)  and also to emboss the Memory Box die cut!
The sentiment was computer generated.
This week we are spending in Cornwall with our son and his family. Let's hope the rain stays away!
Posted by Chrissie at 21:47 4 comments: 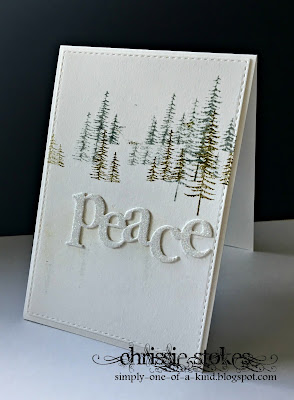 I never seem to start early enough with Christmas cards and every year I think I will be more organised, but it hasn't quite happened yet!
I really don't remember the make of this conifer stamp, but it had a clear picture stuck to the back of the cling stamp, which I find very difficult to adhere to acrylic blocks, so I took it off and now I can't get rid of the sticky residue. I've tried a variety of solvents but it seems to want to stay!
I just repeat stamped the image in a couple of Distress Ink colours. I then added the layered sentiment die cuts from PTI., which I twinkled slightly with Glamour Dust. 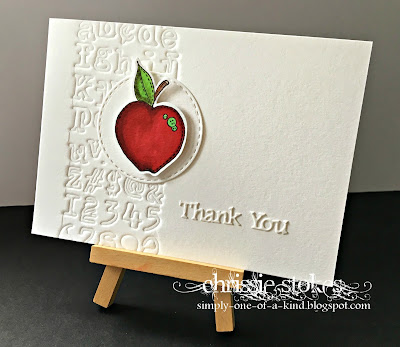 It seems ages since I have managed to sit in my craft room and make a card. The summer has been spent with our own holidays plus several weeks of looking after grandchildren. We have also had a new staircase fitted, followed by new carpets...so the house has been in turmoil for quite a while.
This card is for a couple of challenges 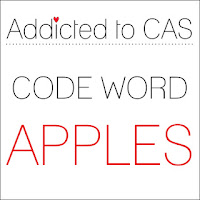 Apples from Addicted to CAS
Using the sketch from 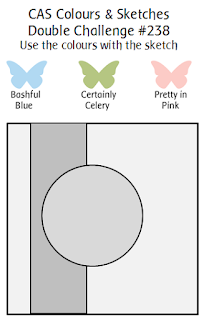 Colours and Sketches
I found an old stamp from Unity, which I really love, but don't think have used previously, coloured with Copic Markers. The background de-bossing was done with a Sizzix die, but sadly I don't remember the make of the sentiment dies.. they were from a large number of useful words, I have a couple of sets, Crafter's Companion comes to mind but I couldn't verify this fact on the internet.
I'm struggling with a new pair of specs at the moment and my eyes are aching somewhat, but I have an appointment with the optician this afternoon so we'll have to see what he has to say!
Posted by Chrissie at 11:33 4 comments:

Email ThisBlogThis!Share to TwitterShare to FacebookShare to Pinterest
Labels: Die Cuts, Dies for embossing, Thank you 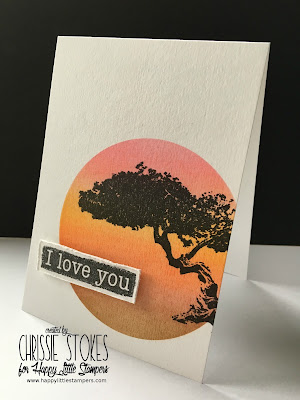 We recently went on a cruise which ended in South Africa and we have lots of fabulous memories of our time spent in Africa.
This card for the challenge at Happy Little Stampers is a reminder of that fabulous vacation.
I made a circle aperture mask and brushed it with various shades of Distress Inks before stamping the Tim Holtz silhouette tree using black dye ink.The sentiment is from an old wooden stamp from Sir Stampalot. I distressed the edges of the sentiment card with scissors before mounting on foam pads. 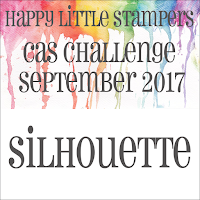 Our winner for this challenge will receive a $20 coupon to spend at the shop! Check out all the details HERE.
Our summer has been really busy looking after grandchildren, which was great fun but extremely tiring... maybe soon things will get back to normality!