The colour choice at Less is More this week is
SUNSET
What a lot of colours that entails!
I have done a couple of cards for this challenge. The immediate colours that came to my mind were red-orange-yellow tones, but there are so many other colours which could be included. 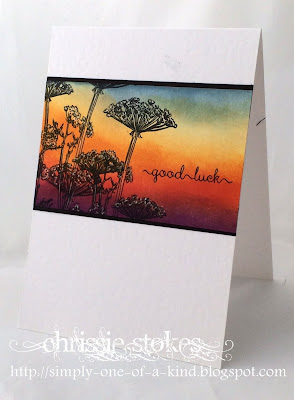 I began by inking a strip of card with Distress inks, using sponge daubers, blending the overlap of colours. Following this I merely stamped the Indigo Blu image with Memento Tuxedo Black ink, highlighting some of the flowers with a Sakura, Clear Star, gel pen. The sentiment is from Clearly Besotted.
This is also for Addicted to Stamps Make your Mark Challenge 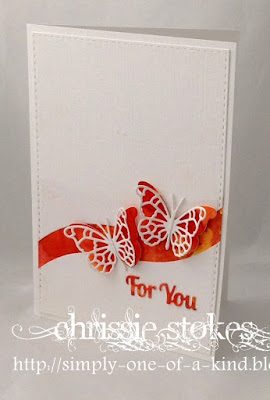 Here I dropped shades of red and yellow Aqua Tints onto a piece of card and spritzed with water to blend and spread the colour. When dry I used it as a backdrop for the die-cut front panel and the lower layer of the Memory Box butterflies. The sentiment which I believe is from a Spellbinders die, was also cut from the inked card.
This fits the challenge of Butterflies at ATCAS, so I'll enter it there too. 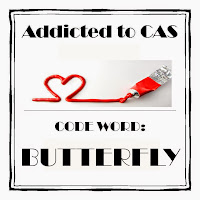 We sang at the Royal Albert Hall this week with my choir the Portsmouth Choral Union. It was a terrific concert, conducted by our previous conductor together with his two other choirs, the Chichester Singers and  Guildford Choral Society... over 500 voices... we made quite a sound!  It was Belioz Te Deum...  it's quite a sing! 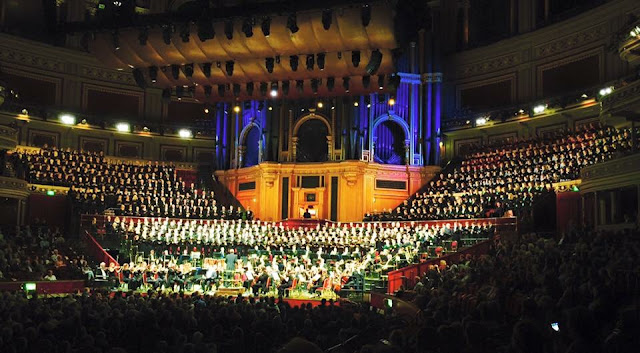 As you may see there were hundreds of singers... if you look at the organist (our choir's conductor) and move along that row to the right, I am the second person from the organist in that row, my husband is the fourth to the left of the organist!
Posted by Chrissie at 08:00