I just received another package of goodies from Simply Graphic and this little chap was in the mix! I think he's really rather splendid! I cut one in kraft card and one in white and coloured his hat and his nose with Copics. I began with the sketch from Freshly Made Sketches and went on from there. 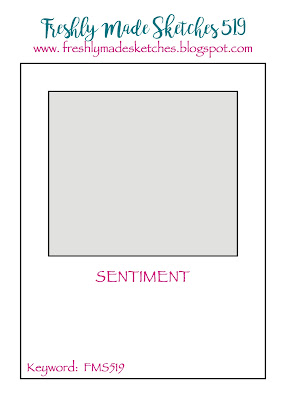 I cut the square window and  added some dry embossed snow from a retired Sheena Douglass folder as a backdrop, and added a stand of die cut trees, popped the gnome in front as used a sentiment from Clearly Besotted. I love the mix of these colours!