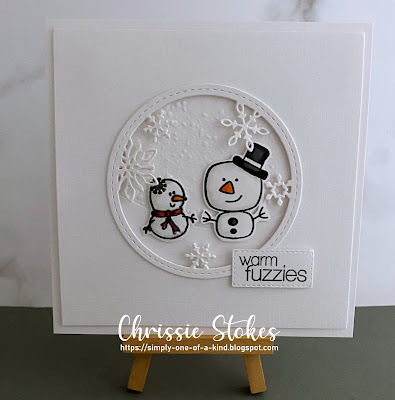 My month as Guest designer at Just Us Girls is going by quickly and here is the fourth of my cards. The challenge this time is to take inspiration from this picture. 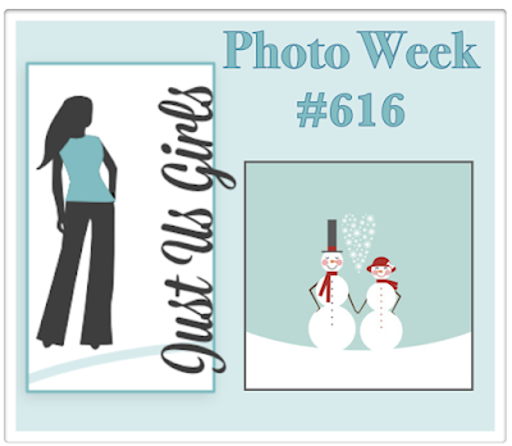 Recently I discovered a company called Create a Smile, based in Germany. They produce stamps and dies in both German and English and shipping to the UK is quick and efficient. The stamps I used here are from a set called Cool Buddies. I did have to do a little jiggery pokery to get them facing each other as both snowmen were originally facing in the same direction. I wanted them to be facing one another, so I appropriately used the KISS technique to get one image reversed, however the only material I could find to stamp onto was some fun foam. The impression wasn't as crisp as I had hoped so I did just go over the lines with a fine liner pen.
Once I had made the aperture and placed the snow embossing and hillside within it, I felt as though  there was something missing. I tried a few die cut snowflakes but wasn't happy with those, so on doing another search through my stash I came across this Memory Box circle snowflake die, which by a complete fluke was exactly the right dimensions to fit the aperture. I stacked it twice as the snowflakes are floating and they seemed a little flimsy with just one layer. The sentiment is also from the same set as the snowmen.
Posted by Chrissie at 05:00