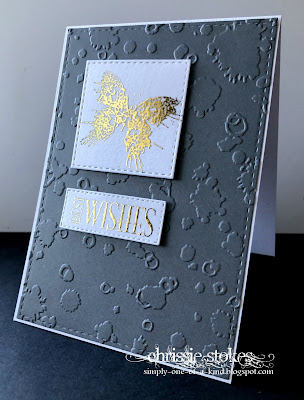 Quite a long time ago when I first heard about foiling, I thought that it was definitely the way forward and in my enthusiasm went all out on trying to achieve the perfect result.
I began by driving miles to a craft shop where there was a demo of the Heidi Swapp Minc machine. Enthused I thought that the price was a little high so I got a cheap laminator instead. My first efforts were not the most successful and so I bit the bullet and got the huge Minc machine (the smaller one hadn't get come onto the market). Sadly my results were not hugely improved. I also bought a laser printer so that I could foil from that (supposedly). Well, all in all things did not go as well as expected and the printer was little used, the Minc sat on the windowsill and the cheap laminator was simply used for laminating downloaded  knitting patterns... til now!
Those glas at CAs Mix Up certainly have had me dragging out my stash which was often purchased on a whim or when suddenly fired with enthusiasm.
So here is foiling revisited. 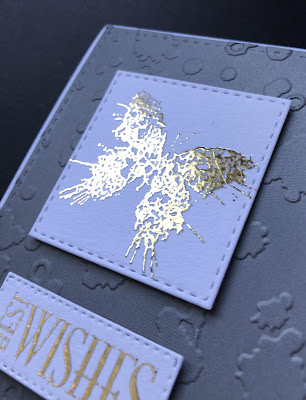 For this card I used a stamp from Indigo Blu which is a lovely splashy kind of image. I inked it with Versamark and heat set it with clear Embossing Powder, before putting through the laminator with gold foil. I'm not really sure of the make of the foil as it was unwrapped in the drawer with other packs of foil. I used the same process for the sentiment which is from an old wooden stamp from Hobby Art. As it was a splodgy kind of butterfly image I thought that this background EF from Sheena Douglass would complement the image. 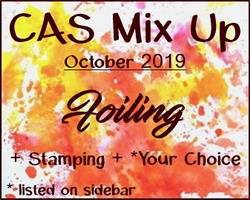 Thanks again to the CAS Mix Up team for their fabulous inspiration and for getting me going with another long lost technique! I really hope for more success this time!