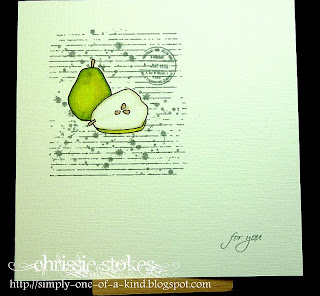 Here is a super little digi image from a Day for Daisies, which I have used for the sketch at "Less is More" this week.
Coloured with Promarkers and using some additional Paper Artsy stamps, it's a simple one layer card.
Last week was simply amazing... we aimed for 1000 submissions and remarkably, very nearly made it! The industry of so many LIMettes was truly astonishing!
The stamp Man - Perfect Pear 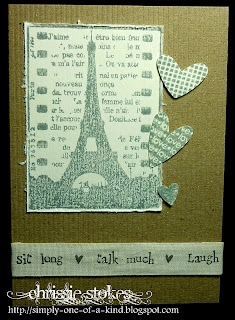 This one is a reject as it didn't really come off... the idea was there, but the execution of it missed the mark... the colour of the card for the image is too far removed from the kraft card and should have been inked a little I think... but I wanted it to match the ribbon, which is why I left it. I may revisit it later. 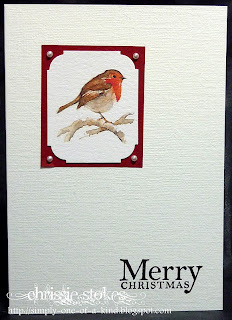 This little robin has been recycled from an old Christmas card... there were originally 5 robins on a card and now there are 5 cards with one robin on each!
I commented on nearly 800 cards last week... quite a challenge in itself... but what a wonderful effort from all our loyal LIMettes and some potential new ones.
Posted by Chrissie at 08:00