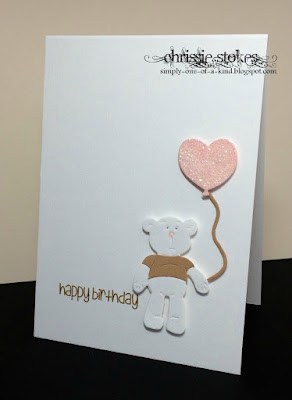 The challenge at "Less is More" this week is for something that pops!

The first thought which came into my head was of a balloon so here is a dear little bear from Sizzix holding one! This Sizzlit die has been a favourite of mine for some time. The string comes from another old die from Bosscut which I've had for ever, it actually has a little pull along duck on it, but it's the string which gets used most often. The balloon die is from Paper Smooches and the sentiment  from Happy Little Stampers. 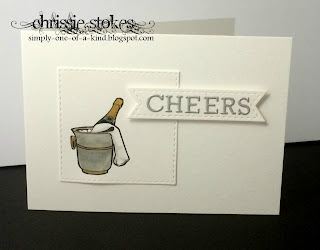 Another thing which comes to mind is the pop of a champagne cork, here I used a freely downloadable colouring page from the internet which was coloured and covered with a layer of Glossy Accents. The sentiment is from a Cheers die set by Ellements.