There's a super sketch at CASe this Sketch this week 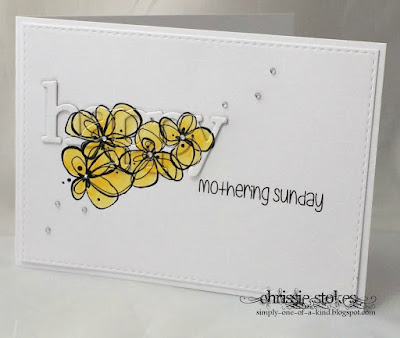 Here I used a layered inlay for this Mothering Sunday card!
The image was stamped and coloured then die cut and then added to a layered inlaid diecut using plain card. The 'Mothering Sunday' was computer generated, which was of course the first stage of the making process!
The flower stamps are from Lil' Inker and the happy die from Wplus 9. 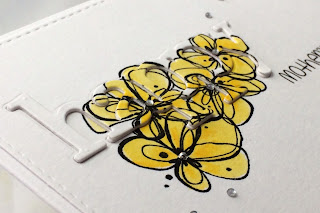 Just us Girls has this picture inspiration this time. 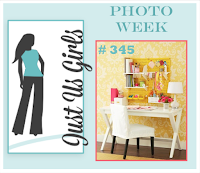 I used the yellow of the wall paper with the white and black from the chair as the starting points for my card!
It's also for Addicted to CAS which has the challenge Petals 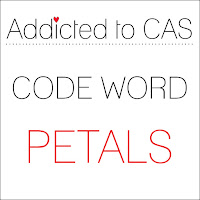 Today is my Brother in law's wedding and then tomorrow we're off on a week's tour to Derbyshire with my choir... the Portsmouth Choral Union! At the wedding rehearsal yesterday the bride suddenly decided to ask my husband to sing a solo in the service... bit short notice to say the least, but in addition to his duties as best man, he's going to do it! I hope the organist can cope!
I can't seem to find a pic of the wedding stationery I did for them, I'll try to popt something later!
Quite a busy time