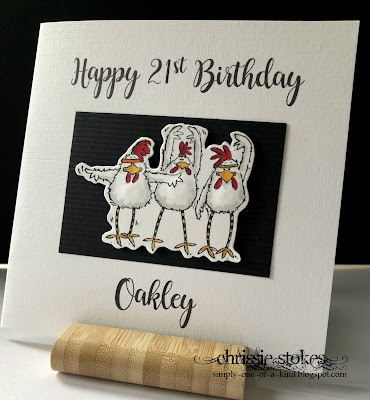 A friend of mine saw my last chicken card and asked if I had any chickens dancing... she wanted a card for a fitness instructor whose class was dance based. My Penny Black chicken stamp had chickens which were definitely exercising, but not necessarily dancing, so I decided to try a little masking to see if I could change their appearance somewhat! 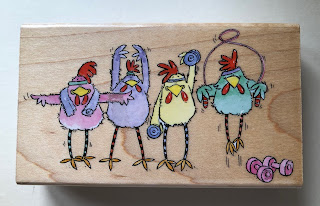 Before inking, I masked out the chicken on the right, plus the towel and the dumbbells using a little sticky tape. After I had removed the tape and stamped the image, I filled in the missing bits with a fine tipped pen, before gently colouring with Copic Markers.
The sentiment was computer generated once more using Buttercup Sample font.
CAS on Friday  - Use Bird(s)