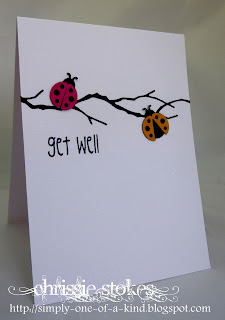 There's a new blog on the block called Fusion Card Challenge, where there are 2 designs or themes which may be used separately or as the name implies... fused together.
This card is the latter for Challenge#1

I have taken both the sketch and the inspiration colours to make this simple Get Well card.
My zig-zags are somewhat as nature intended and the colours a reference to the flowers in the photo. 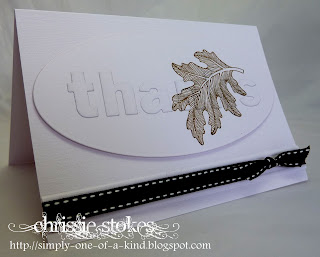 My second card follows a fab technique which I saw on the CASe Study challenge.
There is a superb tutorial to follow here, by the Guest muse JJ Bolton. On looking back I think that this card would have been more effective if the letters had been mounted on dimensionals instead of directly onto the card, which does not give as much relief.
I started simply with just one stamp, but may get a little more adventurous and try something a little more complex in time.
The basic premise is that you stamp an identical image or images onto two separate pieces of card and cut out the sentiment from one piece which is then superimposed onto the other. I guess it wouldn't have to be a sentiment in fact but any image/die-cut could be used in this way. 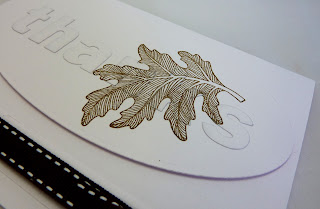 
These were both fun cards to make!
Posted by Chrissie at 10:05

Email ThisBlogThis!Share to TwitterShare to FacebookShare to Pinterest
Labels: Die-cutting