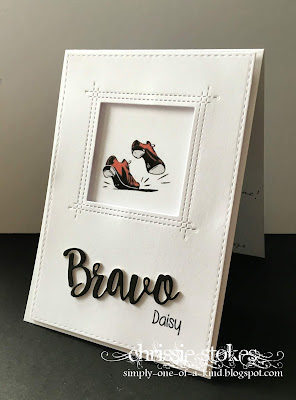 Some weeks ago I took my gorgeous granddaughter Daisy for her tap exam. 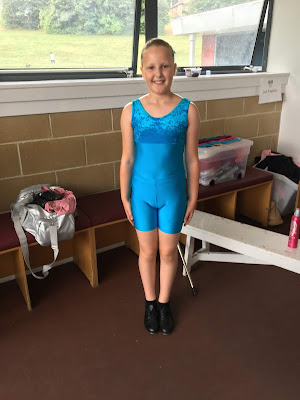 I watched the pre-exam practice and was really impressed with how well she was dancing in her set of 4 girls. The icing on the cake came when she returned to her dance school after the summer break to be told that she had gained a distinction in her exam.
This is the card I made to congratulate her.
The image was downloaded from the internet and the sentiment made from a die from Cutplorations, cut in three layers with her name added using the computer. The peekaboo frame was from a die by MFT. The front panel was cut with a stitched square die also from MFT, but extended a little to fit the front of my card.
Bravo daisy!
It's for the CAS challenge at Addicted to Stamps and More 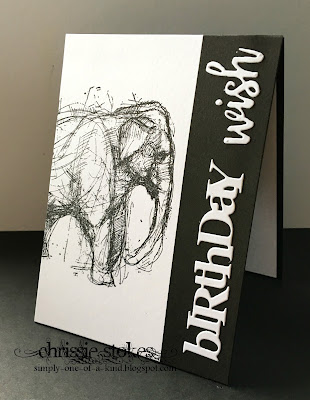 Here's that sketchy elephant  from Stampers Anonymous again. This time I paired it with a simple die cut Birthday sentiment from Papertrey Ink. Sadly I don't remember the make of the 'wish' die.
Just us Girls is asking for Hand Drawn elements, so this was hand drawn... albeit not by me!
I did think about using a stamp which I drew and which was on the front of Craft Stamper Magazine as their 'FREE' stamp, but I feel it's a little passe now! 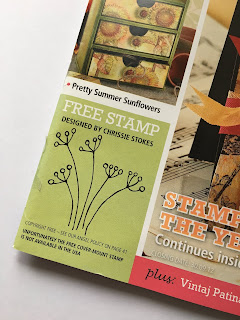 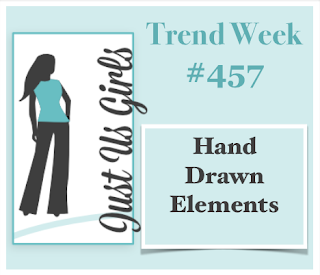