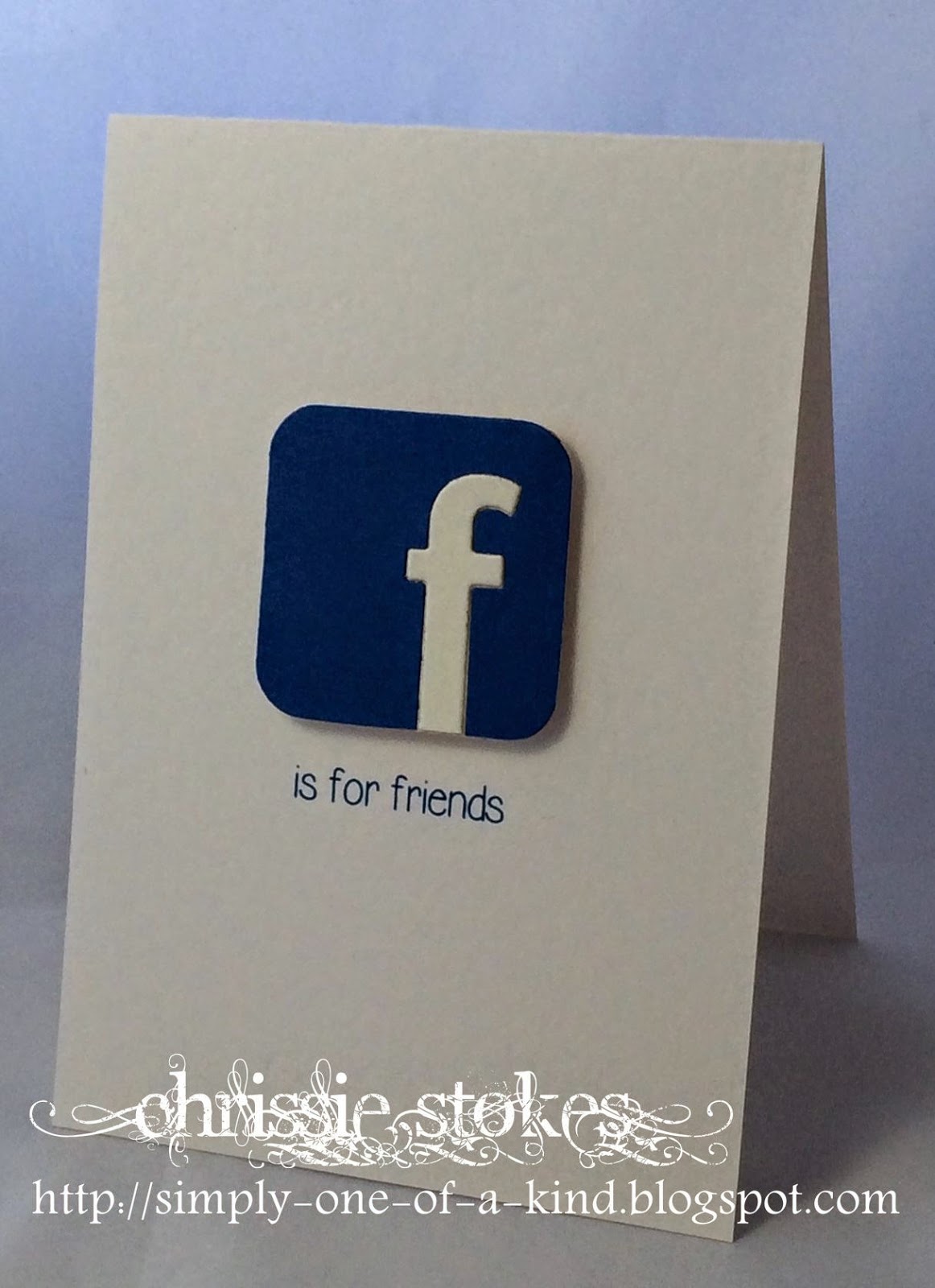 Quite some time ago I bought a couple of sets of Alpha dies made by Quickutz which were in a special promotion package and were being sold off for £15. I couldn't resist the bargain and so bought them. In fact they have hardly seen the light of day and the larger of the two sets hasn't been used at all, probably because they are so large. However, when I decided to make this card for a friend of mine who is ALWAYS posting on Facebook, the letter f was perfect for the job!
In fact the f has a curl on the bottom but I just cut that off. The rounded square is cut with a Spellbinder's die and the f has been inlaid into it.


The sentiment is computer generated in a colour to match the square.
SO here's another one for your NBUS Challenge Darnell and thanks again!