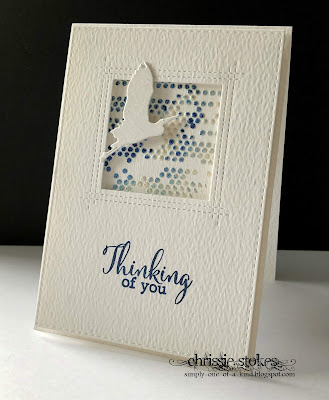 A little time ago I dug out some texture paste to use for one of the challenges at CAS Mix Up and since then I have wondered why it remained in the drawer for so long untouched!
Here I used some Pearlescent White Embossing Paste by Sweet Poppy, through a Craft Workshop stencil. I sprinkled a few shades of Brushos onto the stencil before removing it.
The stencil itself looked pretty good so I took many prints from it, by activating it further with a few spritzes of water. Now I have lots of backgrounds in hand!
I cut the aperture with an MFT Peekaboo square and added a sentiment from Clearly Besotted. Sadly I don't recall the make of the bird die which I double layered for added dimension.
It's for the challenge  at Just Us Girls - Texture Paste 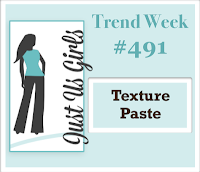 Here is a card made from one of the prints from the stencil. 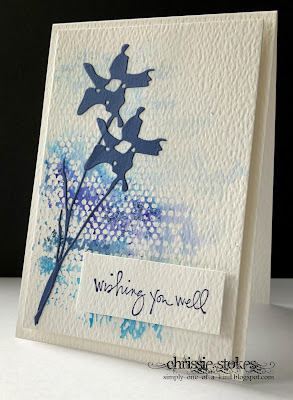 After lifting the stencil from the card, I spritzed it with water, which activated some more of the Brusho powder, then placed it onto another piece of card, using a piece of paper towel over it to add pressure. I was really pleased with the watery, ombre look. Some die cuts flowers from Alexandra Renke and a simple sentiment from Hero Arts completed the card.
CAS Mix Up - Ombre 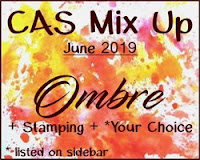 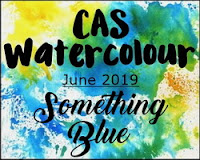