The colour challenge at "Less is More" this week is Earth Tones.
I love this section of the colour spectrum and have made a few cards using it. 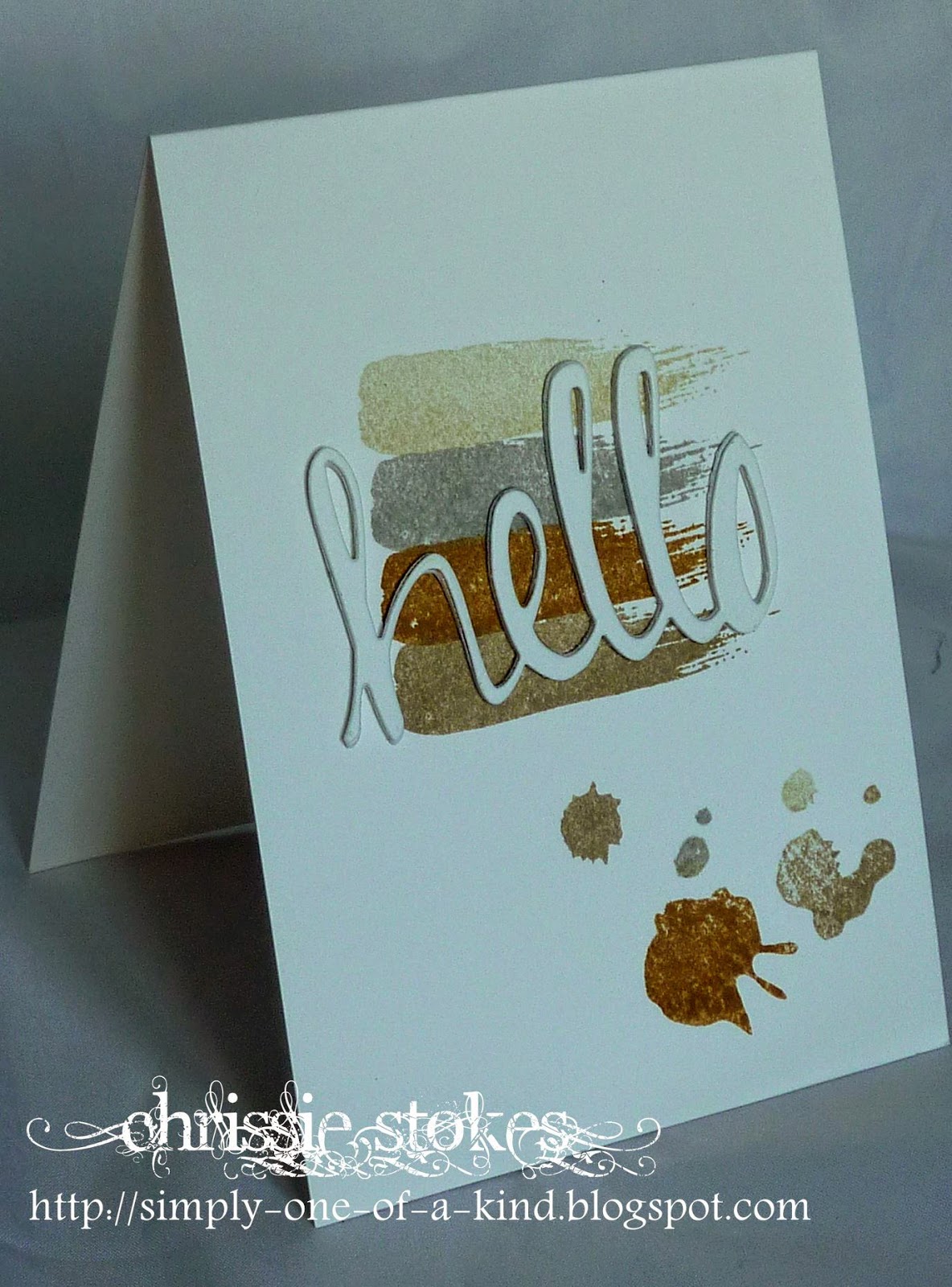 This one started out having the 'hello' stamped to match the background, but I decided it wasn't clear enough so I added an extra diecut to give it the contrast in  white.
It's from Avery Elle with stamps by Dienamics. I used various Distress Inks... Pumice Stone, Antique Paper, Brushed Corduroy and Gathered Twigs. 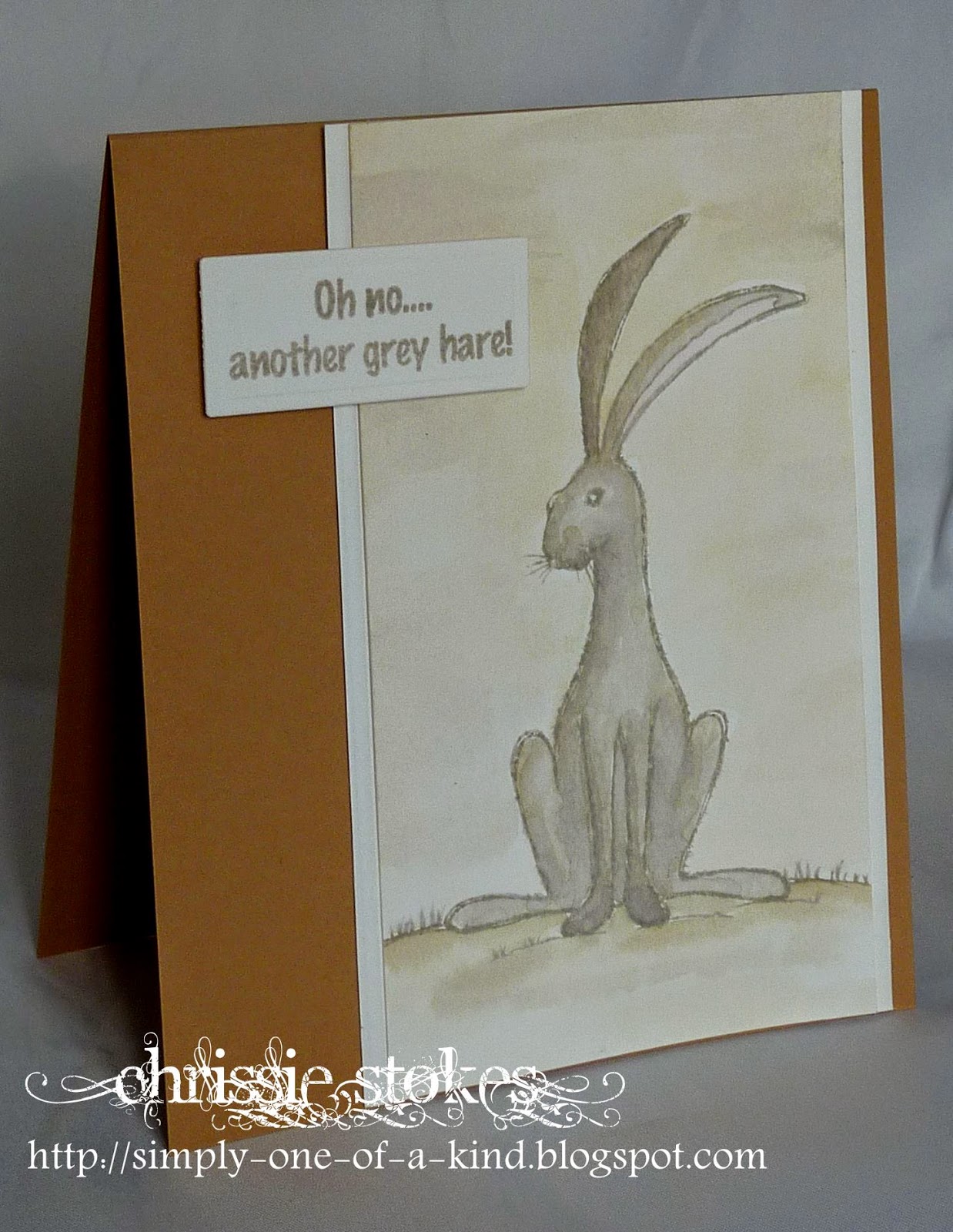 This stamp is from a fun set I bought in Portsmouth last week, it's from Woodware,  it made me smile! 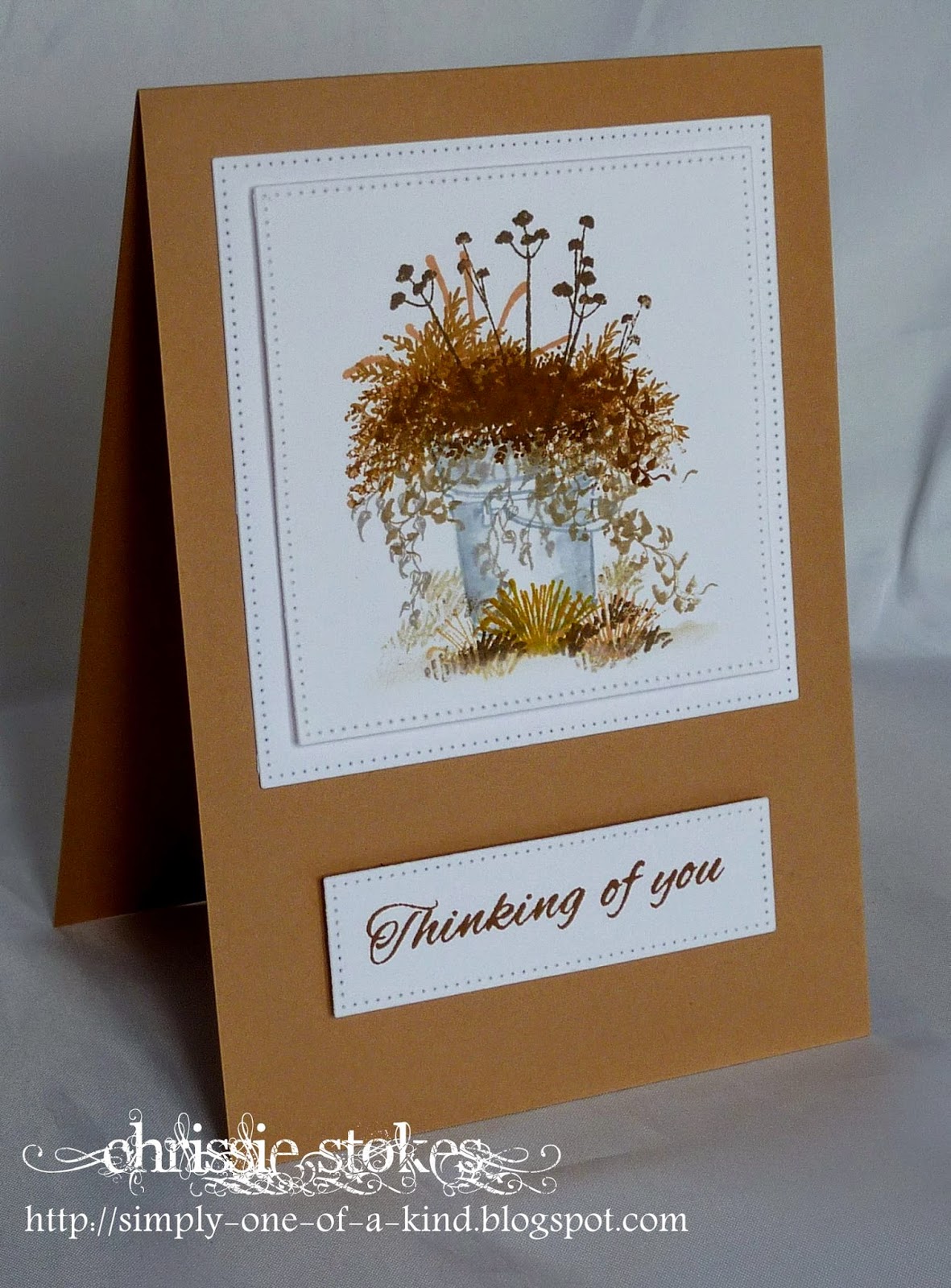 This is the one I added to the LIM blog this week. More stamps from Art Impressions, some of which I bought on eBay from Jenny (Crafting in the Country) whose daughter was having a bit of a stamp clear out!
I find stamping this kind of image so relaxing and satisfying (most of the time)!
The sentiment is from Stamplorations; I was asked to be a Guest Designer for them in a recent Blog hop to celebrate their first birthday, which was great fun! One of the cards I produced for that would have been perfect for this challenge...scroll down a few posts if you would like to see that! 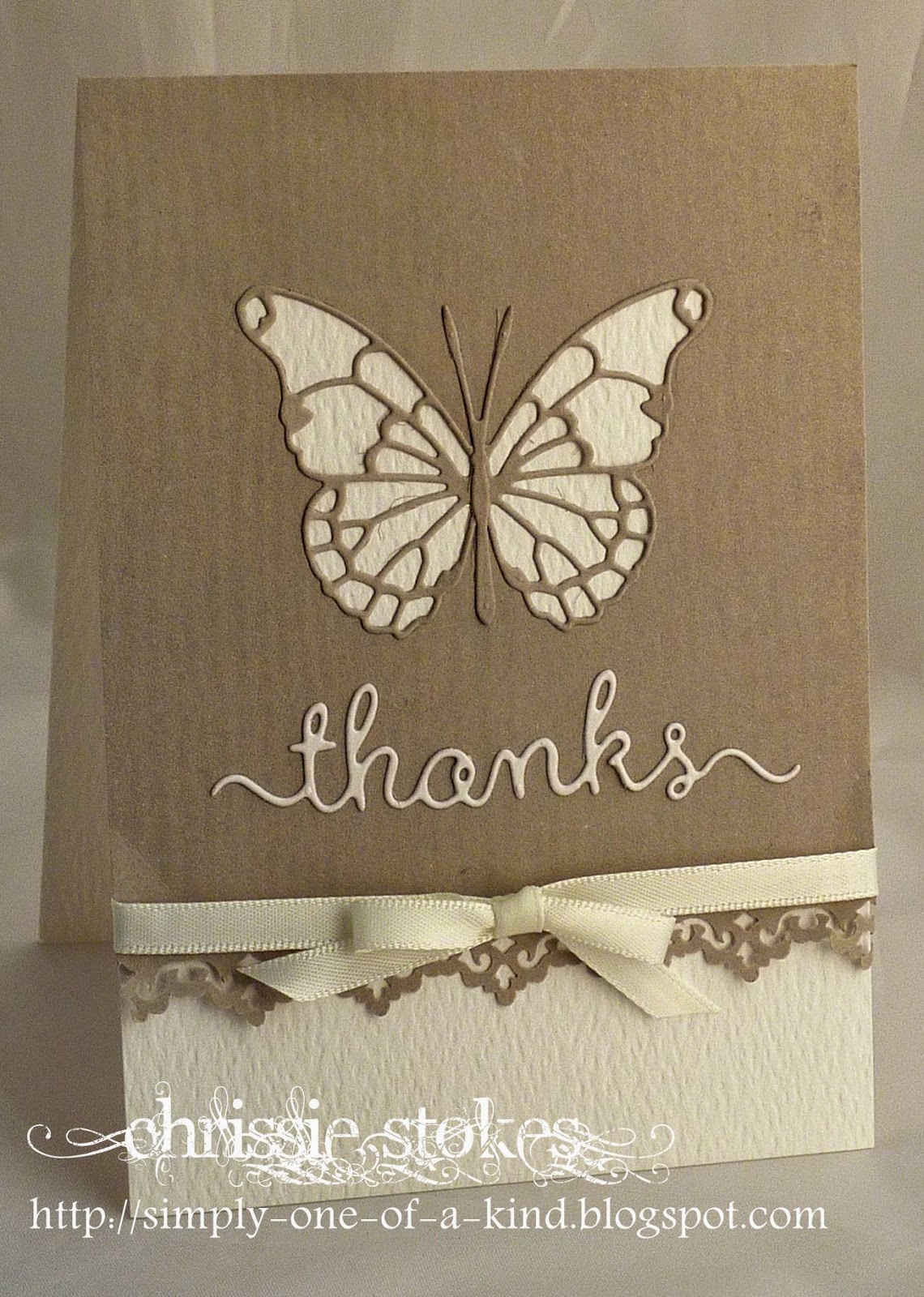 This one is simplicity itself. A Memory Box butterfly cut from a piece of stone coloured card and its filigree die-cut equivalent popped into the gap. A ribbon, a die-cut sentiment from Clearly Besotted  and a fancy punched edge and that's it.
Simples
I was asked how I attach a skinny sentiment like this one to a card. I put double sided tape on the back of the card to be die-cut, then simply cut, peel and adhere it to the project!
Easy Peasy!
Posted by Chrissie at 08:00

Email ThisBlogThis!Share to TwitterShare to FacebookShare to Pinterest
Labels: Less is More, Watercolour