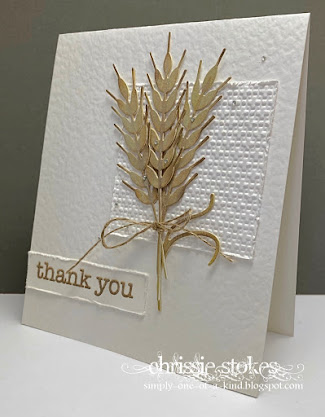 I don't remember where these ears of wheat dies were sourced and I don't think I've ever used them before, which is probably why they had lain almost forgotten in a storage box of dies.I cut them from some craft paper which was a pretty good colour but rather flimsy, so I cut a second set from plain white card and stuck one set on top of the other.To add a little life to them, I decided to play with a few Distress Oxide inks to take away the one dimensional look of the die cuts. I stamped the sentiment, from Hero Arts, with the same inks as I had used on the wheat, drying with my heat gun between each layer.
The distressed square panel was dry embossed with a Stampin Up folder.
CASology 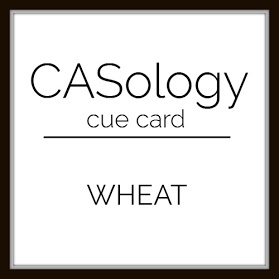 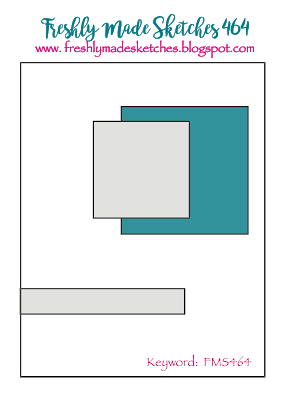 I took a little liberty with the sketch this time using the bunch of wheat to represent the smaller of the two squares in the sketch! I hope that is permitted.