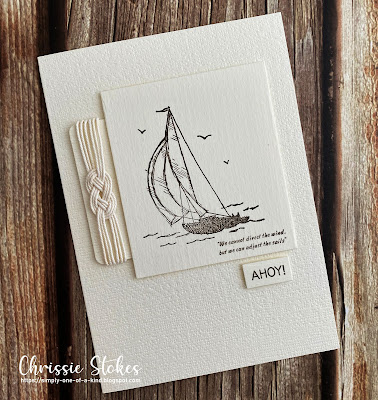 Recently I was fortunate enough to win a challenge at CASology and was subsequently invited to be a Guest Designer and now is the time for that to happen!

The challenge is WINDY 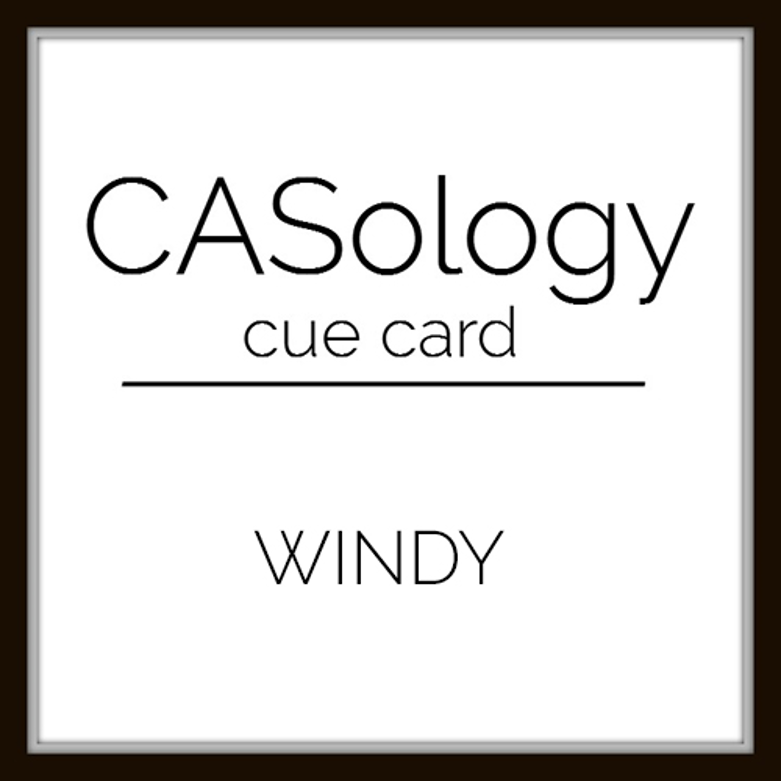 My very first thought was of a stamp that I have of a boy with a kite, but despite taking it off the wood block, I still couldn't get a clear image of every part of the stamp, so out came this old SU stamp... also on a block, but it worked rather better. I also found the little quote  stamp in a set I had with no name printed on the carrier sheet (I hate that). I remember that I bought it on one trip to Ally Pally.
I had a fancy for doing one of these flat knots as an embellishment, I always think they look rather nautical and they also lie pretty flat for mailing. I think I may have to try to do a video to show how they are done.
Here is the video
The twine I selected to use was somewhat off white and looked dreadful against white cardstock, so I opted for this ivory hopsack textured card from Papermill Direct.
My son loves sailing... I have used this image a few times for cards for him!